From June 30 to July 3 the Festival au Désert brings to Florence, this year for the first time in the wonderful spaces of the Manifattura Tabacchi, the magic of the encounter in music among distant cultures.

Four days of concerts with protagonists of the Mediterranean music and of the Tuareg and Berber culture, dj sets, meetings, activities for families, screenings, readings, focused on transit and migration.

Since then the project has favoured a journey to and from Africa, a new Africa that is able to innovate without denying its own story, becoming a “meeting space among cultures” in Florence.

Eyo’nlé Brass Band is one of the rare African brass bands to be made discover on the international stage. Eyo’nlé Brass Band takes us in a unique and authentic journey along its African roots with its rhythms, dances and songs. These musicians knew how to ally ingeniously the inheritance of the Beninese festive music and the jazzy music of the street brass bands.
We sing, we move, we dance, in brief, we lives!
Eyo’ nlé Brass Band is a symbolic example which reveals all its flavor on stage, just like the name of the group that means “Let us be happy!”.

Khalab’s journey is one with no continuity – from the most ancestral tribes to the unexplored cosmos; from the black jungle to the skyscrapers; from the remotest subconscious to the furthest and real projection of future Africa. His first work is “EUNOTO EP”, released for Black Acre Records – a Bristol-based independent label which, in the last few years, has launched headliners and outstanding protagonists such as Romare and Clap Clap.
At the same time, DJ Khalab has brought forward a four-handed work with the Malian griot Baba Sissoko. Dj Khalab and Baba Sissoko have started a prolific collaboration leading them both to the creation of a record for the New Yorker label Whonderweel records. The central theme of this album, simply called “Khalab & Baba”, is the merging of two cultures through Khalab’s afrofuturistic electronic music and the tradition of Sissoko’s Malian music and is obtaining worldwide recognition.
In 2015 Khalab was engaged by Ninja Tune for an hour of mix at the legendary Solid Steel and for this occasion he created a beat tape that was then released in the form of a “tape” for Black Acre.
At the moment, he is working on his new album and on the postproduction of his project with Tuareg musicians made in the refugee camp of Mberra in the middle of the desert on the border with Mali.

Born in Bamako (Mali), Baba Sissoko is the undisputed master of tamani (the original talking drum), that he started to play since he was a child (thanks to the teaching of his grand-father Djeli Baba Sissoko). He also plays ngoni, kamalengoni, guitar, balaphon, calebasse, sildrum and he sings.
He is from a great and ancient dynasty of griots from Mali: in the Malian tradition, griots are deputed to calm down hearts and souls by means of music. Baba Sissoko has been the first one to introduce the sound of tamani in the modern music of Mali.
In his compositions there is a great influence of Amadran, that is a repetitive and hypnotic musical structure typical from Mali by which, according to many researchers, blues was born
His style is peculiar: Baba loves to integrate melodies and rhythms of the Malian tradition (Bambara, Peul, Mandig e Sonrai) with the typical sounds of jazz and blues, creating fantastic musical effects. This also thanks to the numerous experiences with other musicians belonging to cultures and roots completely different from his background. His ability to play a wide range of musical instruments and his extreme sensitivity to other musical genders and expressions brought him to cooperate with many important musicians such as Habib Koité, Rokia Traoré, Ibrahim Ferrer, Buena Vista Social Club, Don Moye and Art Ensemble of Chicago, Dee Dee Bridgewater, Enzo Avitabile, Miguel Anga Diaz, Omar Sosa, Chris Joris, Bob Stuwart, Aka Moon, Roberto Fonseca, Oumou Sangaré, Philippe Caterina, Toots Thielemans, Kasse Mady Diabaté, Afel Bocoum, Cheick Tidjane Chek, Toumani Diabaté, Ballaké Sissoko, Mama Sissoko.

Ibaaku, the latest of a string of names multidisciplinary artist Stephen Bassene has given himself, is an artist on the move: ethereal, propelled by an eclectic and insatiable appetite for sound. He’s a producer, multi-instrumentalist, author, composer and radio wizard.
Since the end of the 1990s, he has produced records for artists and released two albums with his groups, making him a pivotal figure in the hip hop scene.
«I always try to find the harmony through the noise,» says Stephen Bassene about the electronic dance music he makes as Ibaaku. He is living in a particularly noisy part of Dakar, which bothered the young producer until he realized that it actually had a very positive effect on his soundscapes.
Motorcycles and construction sites are hardly the only sources of inspiration for the album “Alien Cartoon” (2016). After all, it became into being as the soundtrack for a fashion show by Senegalese designer Selly Raby Kane, picturing an African city being invaded by aliens.
Like Kane’s clothes, it’s difficult not to think of Ibaaku’s songs as Afrofuturist. In the music video for «Djula Dance», the first song he wrote for the project, Ibaaku dances on a desolate moon landscape, while nebulae and archaic deities pass by. The music itself – which is futuristic and primitive at the same time, as dizzying as it is hypnotic – creates the same sense of awe.

Ten fingers for twenty-one strings, and magic takes place, surely, calmly. Ballaké Sissoko enlaces us in his suave and crystalline sonority and his kora, magnified by his talent as a melodist and an improviser.
Ballaké Sissoko is the son of Djelimady Sissoko, a great master of the Manding Kora, a twenty-one-stringed harp whose crystalline sound has conquered the international public. Ballaké is one of the best Kora players of the new generation. He started learning the instrument at a very young age with his father. Having played with the prestigious Ensemble Instrumental du Mali and accompanied many female Malian singers, he earned his reputation by performing solo, in a duo with Toumani Diabate, with Taj Mahal, and with a number of other musicians.
In 2000 he released the solo-billed album “Déli”, which features his wife, the vocalist Mama Draba, among other musicians. Subsequent albums include “Diario Mali” (2003), a collaboration with Italian contemporary classical pianist Ludovico Einaudi; “Tomora” (2005); “3MA” (2008), a collaboration with Moroccan oud player Driss el Maloumi and Madgascan valiha player Rajery; Chamber Music (2009), a collaboration with French celloist Vincent Ségal.

Clap! Clap!, aka Cristiano Crisci, is an internationally acclaimed producer and performer. One of Italy’s brightest new talents, Clap! Clap! brings together disparate inspirations and styles onto the dancefloor of his mind.
Clap! Clap!’s 2013 debut EP, “Gwidingwi Dema”, and several singles were followed by a proper debut in 2014, with the eclectic “Tayi Bebba” on the Black Acre label. Crisci’s profile expanded when he collaborated with iconic folk-rock songwriter Paul Simon on production for several tracks on Simon’s 2016 album “Stranger to Stranger”. Sophomore album “A Thousand Skies” arrived in early 2017, finding the producer folding live instrumentation into the earthy samples that had come to define his style.

In the middle of Niger, near a town called Abalak, lies the tiny desert village Illighadad. A few houses and a school surround a well, nestled amongst the bushy landscape of the Sahara. Its Tuareg community lives a quiet existence, guided by the seasons. Traditionally the men work and occasionally travel to trade. The women are in charge of the home and the animals. While they herd goats, they sing to pass the time. At night, they perform tende, a convivial cacophony of drumming and female voices that underscore the village’s celebrations. This is the place where Fatou Seide Ghali and Alamnou Akrouni come from. Together they are Les Filles de Illighadad, the daughters of Illighadad. When they play at home, their music is supported by backing vocals from the entire village. Their brothers and sisters, cousins and friends clap and sing along. These women and their sound have put Illighadad on the map. Literally. The rural Niger village was unheard of to the outside world before Ghali and Alamnou’s music travelled far beyond the African continent.

Acid Arab (Guido Minisky and Hervé Carvalho) is a duo from Paris whose goal is to mix all kind of Eastern music (North Africa, Lebanon, Egypt, Turkey…) with electronic sounds, from pioneering acid house to today’s powerful techno.
“We are fascinated by eastern music and its codes, such as complex rhythmic structures (binary and ternary superimposing upon each other), which drive dancers to trance just like acid house does. We’d like to take these codes and use analog techno devices (beatboxes, bassline machines) to create something new: an oriental acid music which combines the coldness of techno and the emotional and dramatic power of the East. Our knowledge of the dancefloor is now digested and we have spent night after night digging records and files to know more about arabic music. We don’t want to be standardbearers of mixing whatever, we just want to be of our days. talking about mixing means there’s a split, a binary vision of an occidental vs oriental world – this is has-been. We don’t paste oriental sounds on occidental beats, we want to embody both cultures without pretending to reinvent oriental music or fooling ourselves by believing we’re inventing eastern dance music. We just want to be part of it, and contribute to this brilliant and enormous masterpiece that this music is, and has been for thousands of years.” 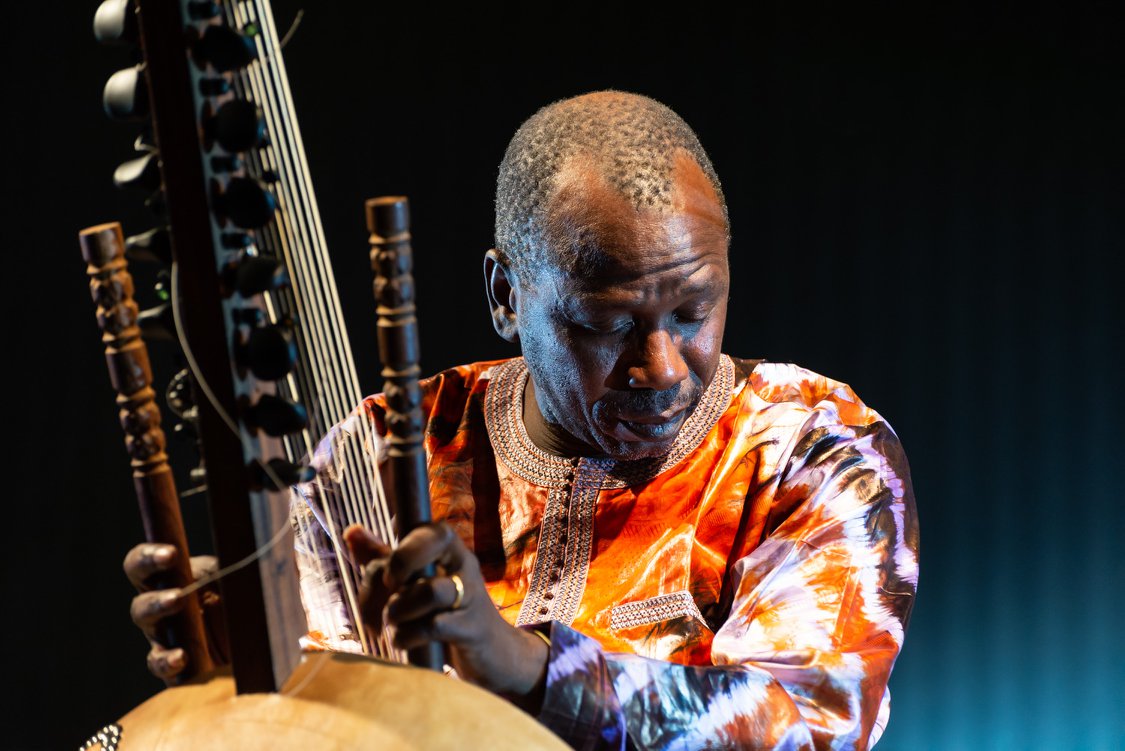 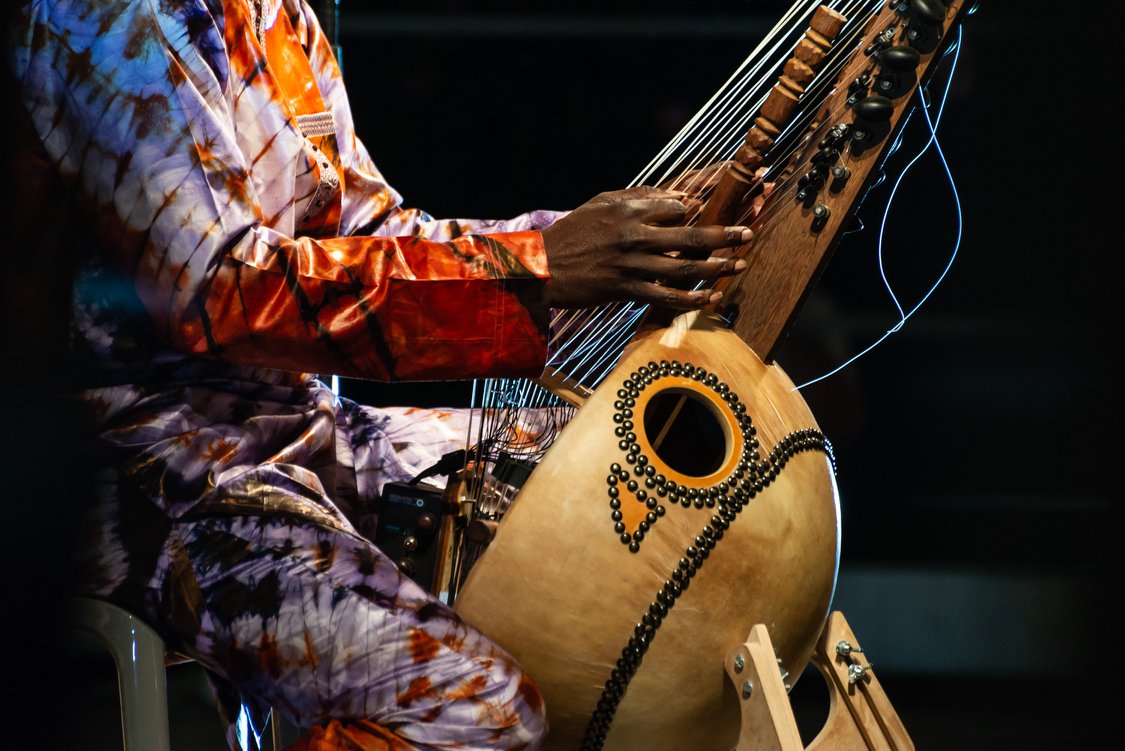 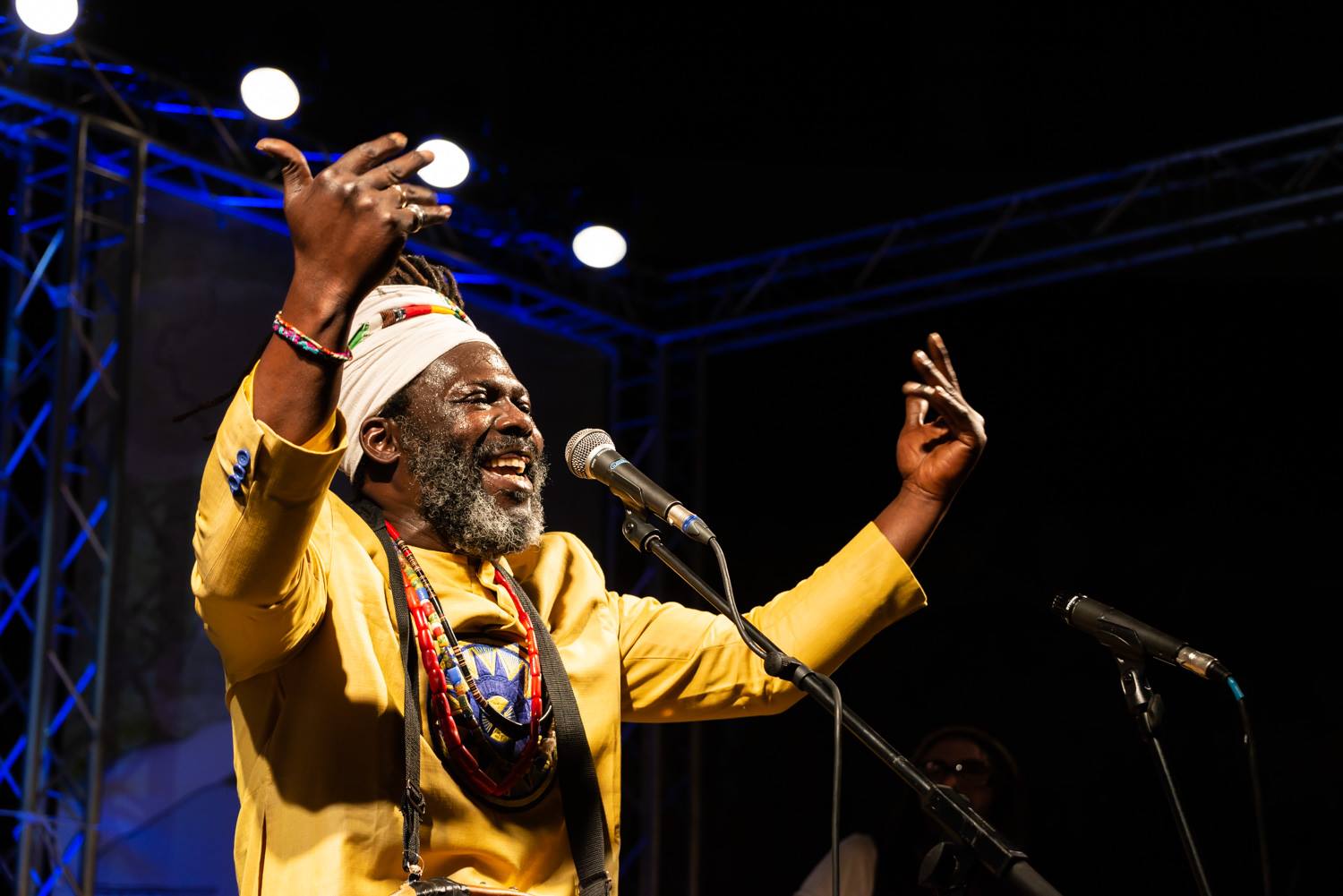 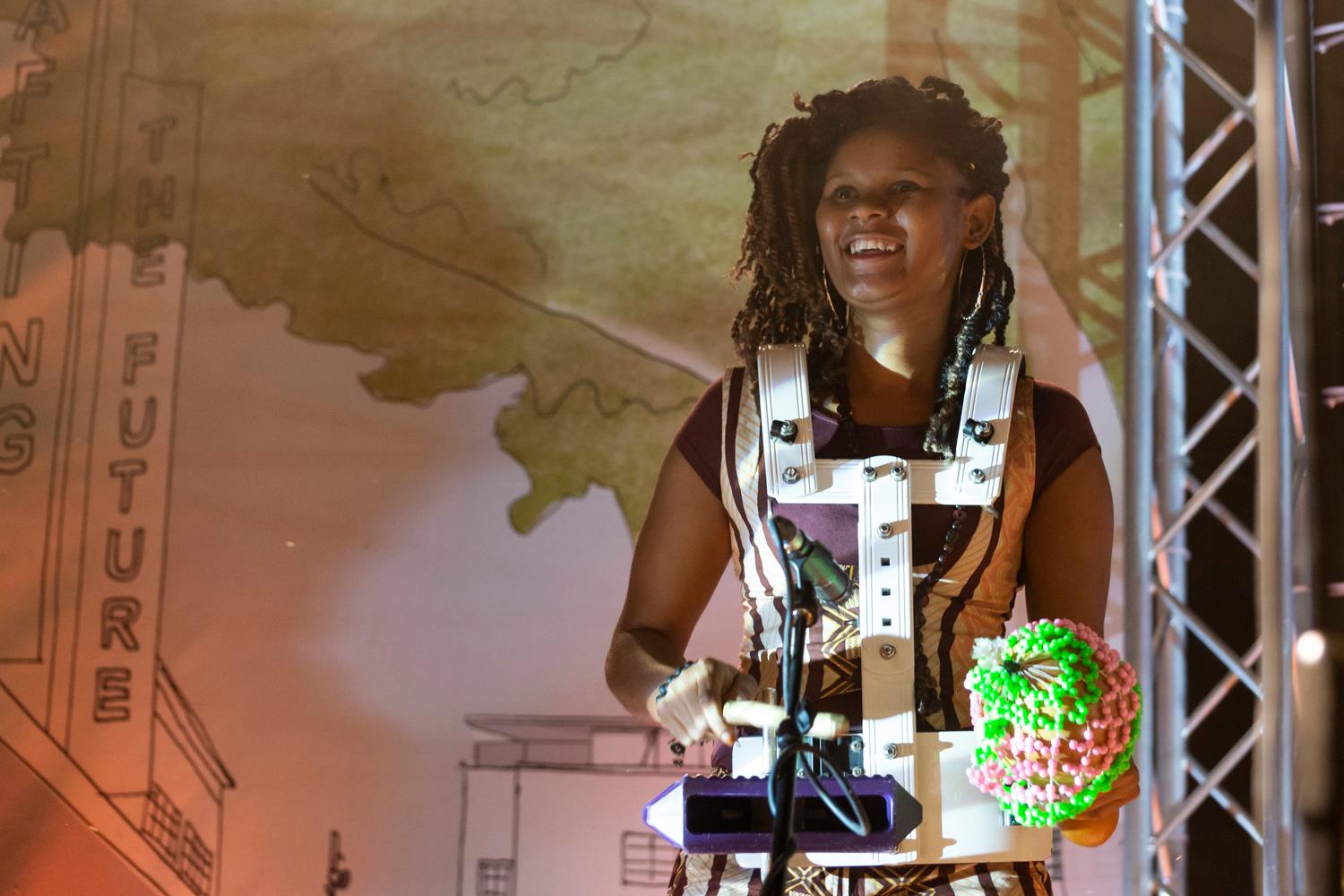 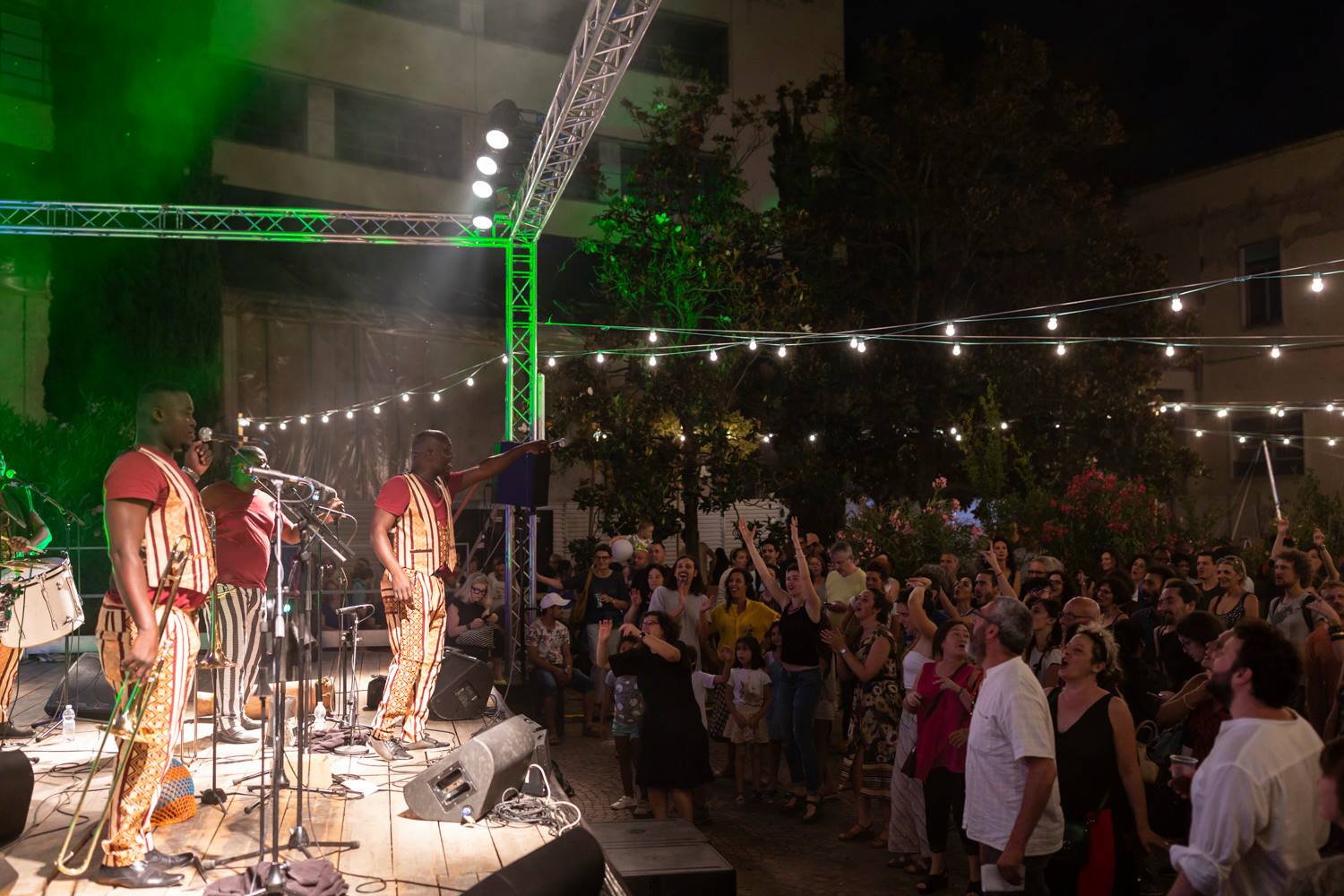 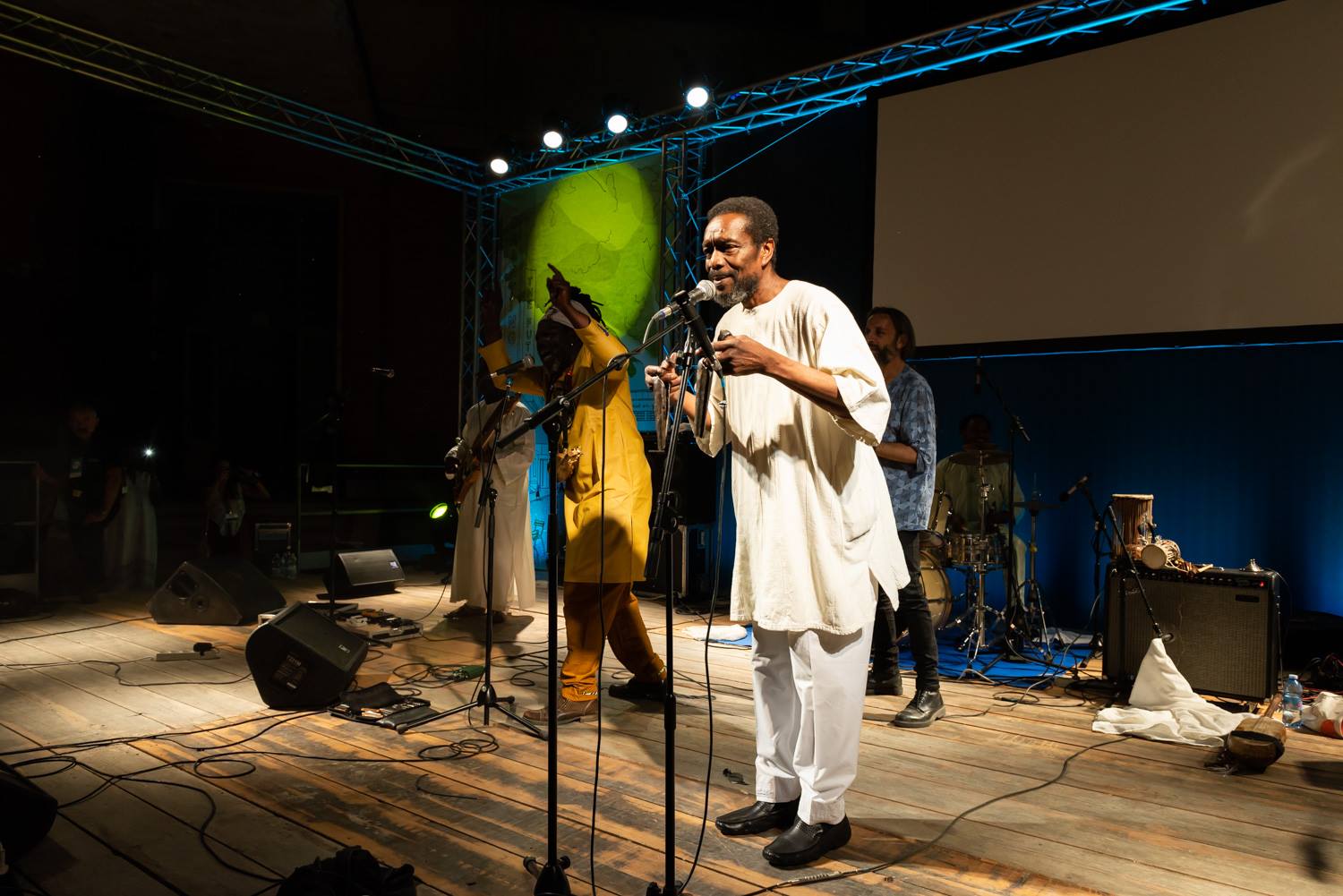 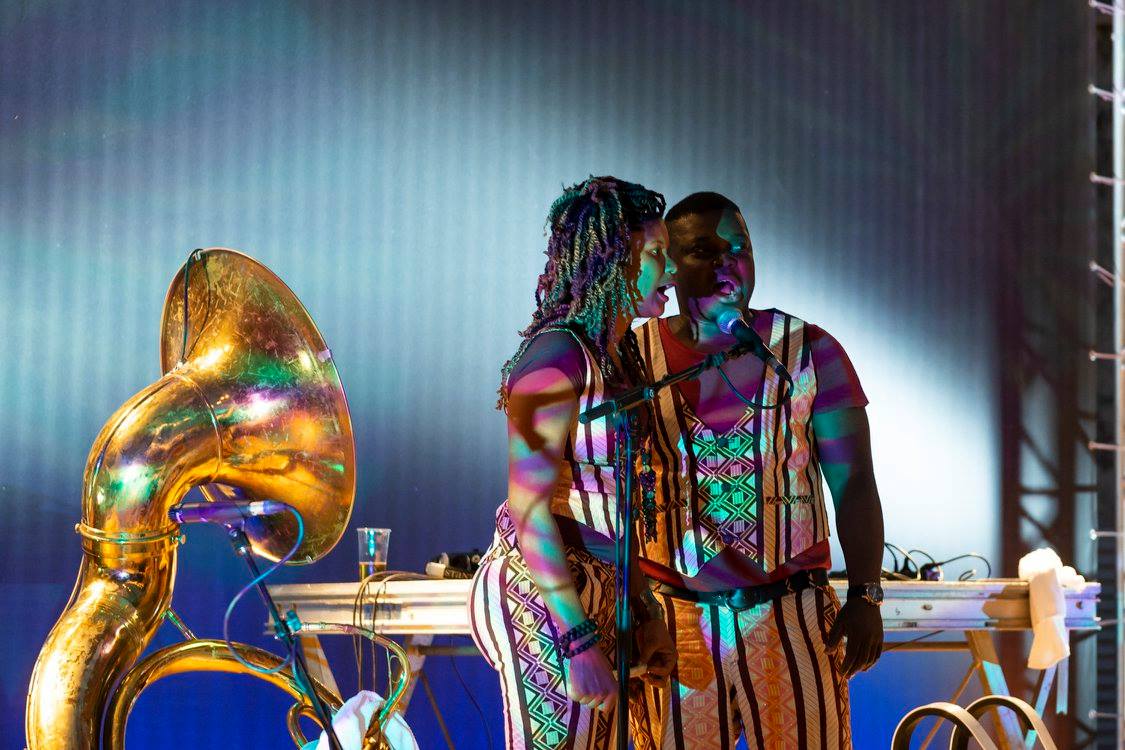 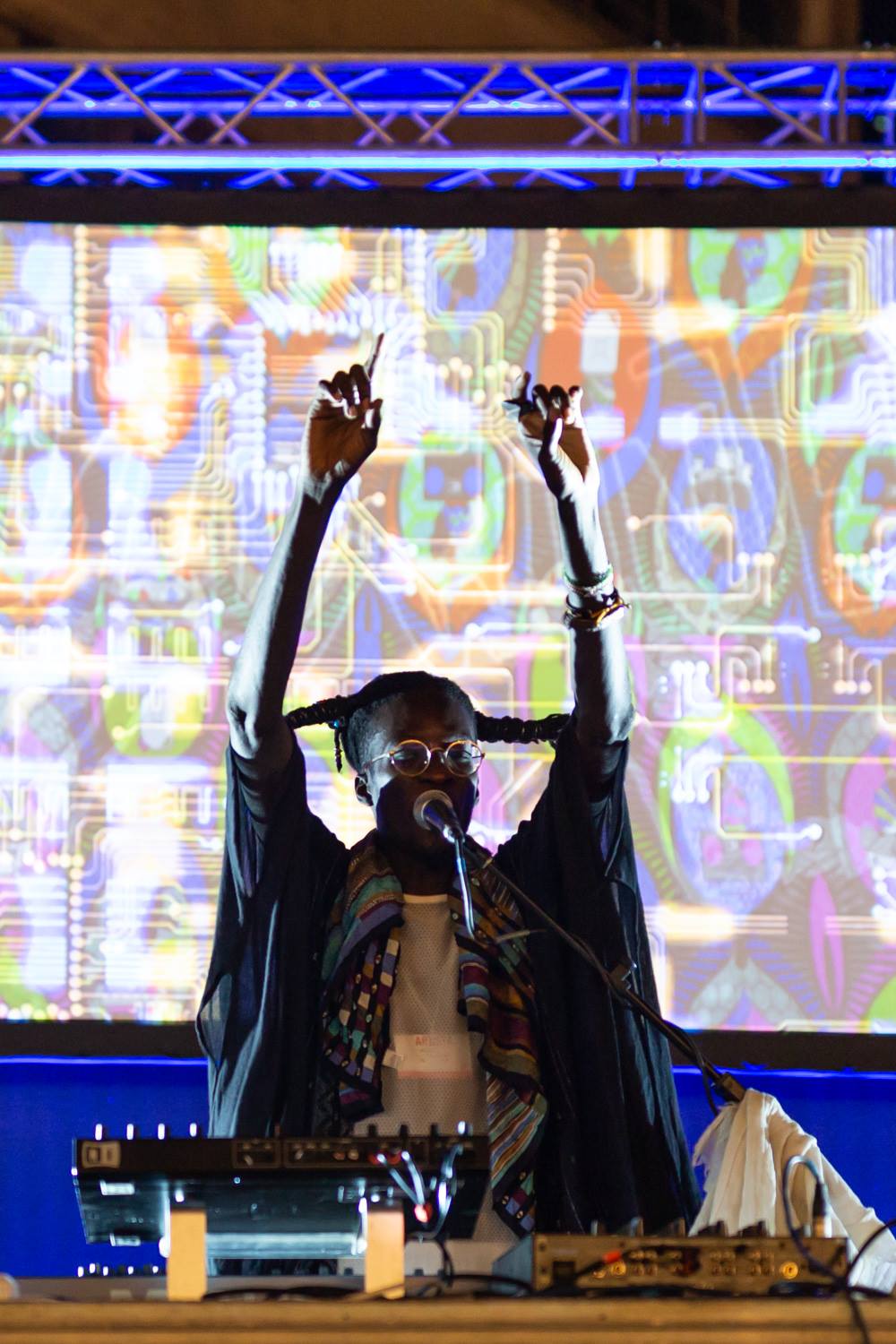 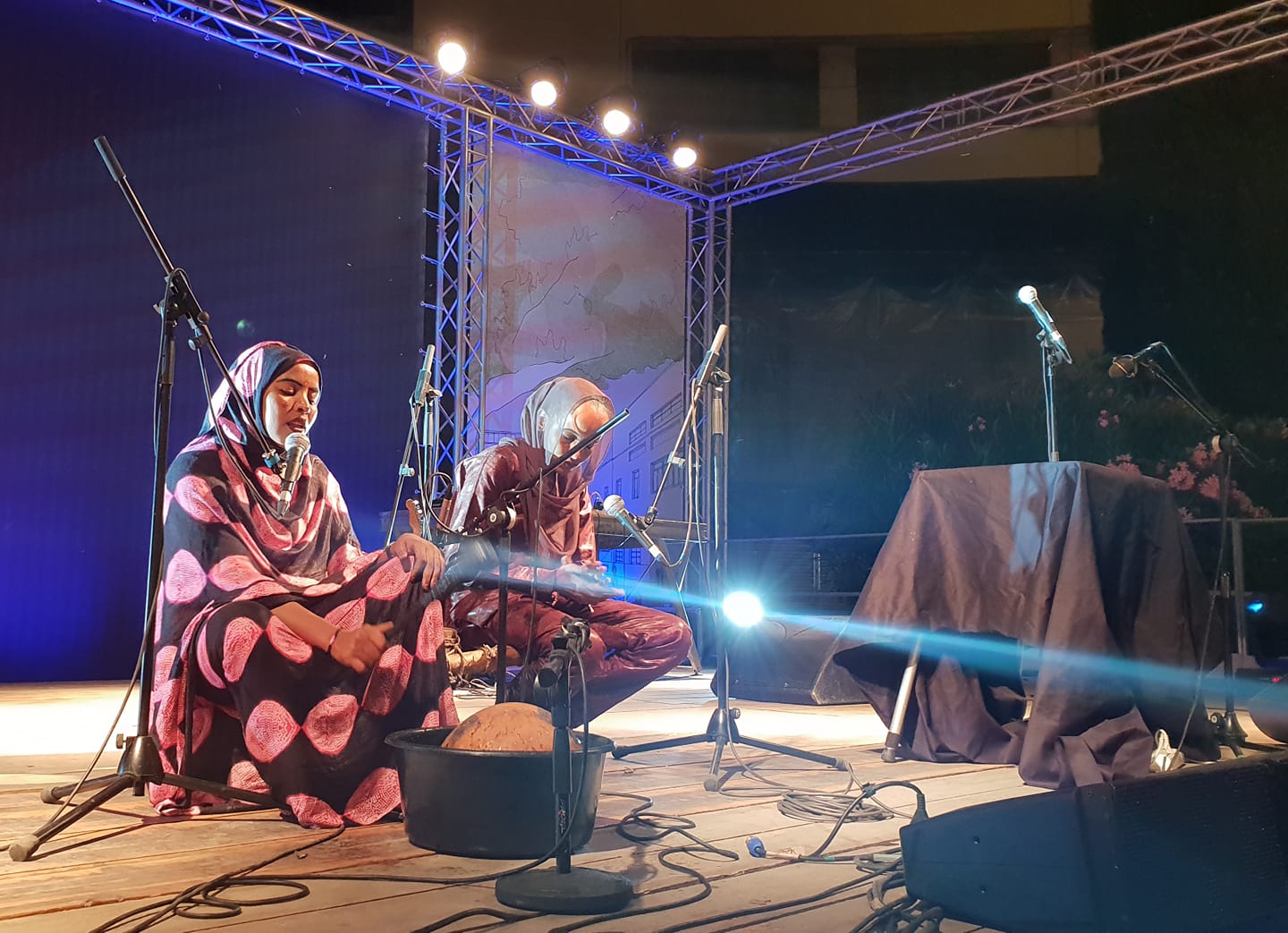