From Timbuktu to Florence

The Festival au Désert Firenze was born in 2010 from the collaboration between the Festival au Désert of Essakane (Mali) and the Fondazione Fabbrica Europa, and works to host the great names of world music and make known the best of current music, in particular from Mali, North Africa, the Mediterranean and the Middle East, in open dialogue with the ambassadors of international artistic “nomadism”.

Among the protagonists of the 2021 edition, the blind singers and musicians Amadou & Mariam from Mali, who have linked their path to stars such as Manu Chao and who for years have represented a symbol of openness, redemption and sunshine. In Florence – in duo on stage exactly as in their beginnings – they will bring an intimate and at the same time radiant version of their music, representing the essence of their land.

A musical husband-and-wife duo who got their start in Mali, Amadou & Mariam met in 1975 at Mali’s Bamako Institute for the Young Blind. In 1980, the pair married and decided that they would make a collaborative musical team. Over the next five years, they performed in their home country. In 1985, the two toured out of country for the first time, with shows in Burkina Faso. In 1986 they moved Ivory Coast. There they began to release a series of that would become the foundation of their later successes. By 1991, the pair had released four volumes of their work on cassette, and the buzz was great enough that, in 1994, they were invited to Paris to perform and record new music there.
Although the resulting sessions were never released, Amadou & Mariam kept on, and in 1998 they released their first CD album, Sou Ni Tile. From 1998 to 2002, a series of releases highlighting their early work (both together and solo) preceded their next album, Wati. In 2003, world music star Manu Chao began to work with the couple, and in 2004 Amadou & Mariam emerged from the studio with what was to be their landmark album, Dimanche à Bamako. The success of the album led to tours, awards, and accolades from all over Europe and Africa.
In 2005, they released a live album and DVD, and in 2007 got involved with Damon Albarn (of Blur and Gorillaz fame) and his Africa Express project, which played the famous Glastonbury Festival. That same year, Amadou & Mariam performed at Bastille Day celebrations, as well as opening up for the American rock act Scissor Sisters in England. Released in 2008, Welcome to Mali featured guest appearances by K’Naan, Keziah Jones, -M-, Toumani Diabaté, Tiken Jah Fakoly, and Juan Rozoff, as well as production help from the aforementioned Albarn. The Magic Couple followed in 2009.
Together with longtime producer Marc-Antoine Moreau, they cut sessions for a new album in New York and Bamako, keeping the best tracks from each. The end result was Folila, issued in early 2012. The album featured guest appearances by Theophilus London, TV on the Radio, Nick Zinner of the Yeah Yeah Yeahs, and fellow countryman and ngoni master Bassekou Kouyate. A digital EP was released in January of that year, entitled Dougou Badia, as the album’s first single. Over the next several years, the duo stayed busy touring, and appeared at festivals around the globe.

The Arabic civilisation, which was widely spread in the whole Mediterranean, has undoubtedly given the Western world some architectural treasures and influenced literature, painting and music too. Arabic melodies and instruments have left a deep mark in the history and musical taste in the West, from Istanbul to the Balcans, from Maghreb to Sicily and Andalusia.Next to the Arabic musicians that would compose and interpret this repertoire, there were other excellent representatives of this rich tradition: Roma people. Travelling from the North of Africa to Andalusia and from Turkey to the Balcans, these artists would collaborate with local musicians like the Spanish gitanos and the tsigani people in Romania, Bulgaria and Greece.The project Romarabeat aims to recreate that musical harmony inspired by these migrations, from Maghreb to the Balcans.

Jabel Kanuteh, kora and vocals, and Paolo Angeli, prepared Sardinian guitar and vocals, propose a concert in which the traditional Gambian melodies are mixed with sounds from Sardinia in the name of free improvisation. At the base there is the story of the homeland, an escape, sometimes joyful, sometimes painful. The journey back into memory – a natural element of the human being, whose desire for adventure feeds the curiosity of knowing – is carried out by the two musicians alone to arrive at the duo’s formula. A unique concert, with the sea as an element of spiritual union, which emphasizes the daily tragedy of migration and which finds in music an ideal bridge to overcomel the borders between the two shores of the Mediterranean.

The development of the Festival programme was shared and supported by a group of young people (Anna Celeste Alfieri, Gemma Baccini, Bianca Bertolani, Marta Machì, Giada Mancini, Silvia Palagini, Sara Papinutti, John Russo, Greta Tofanelli Picchi) who have been participating in the organization since May. With this training course – which develops over three years with the support of tutors and meetings with guests, artists, experts – Festival au Désert Firenze aims to open up and promote of a new generation of cultural operators, expanding the understanding of the music sector and nurturing strategies that can preserve the diversity and uniqueness of the Festival.
The meetings are coordinated by Silvia La Rocca, musician of the Almar’à orchestra.

The events will be held in compliance with anti Covid regulations.
A self-declaration will be required to access the event venue.
Click HERE to print the form to fill out. 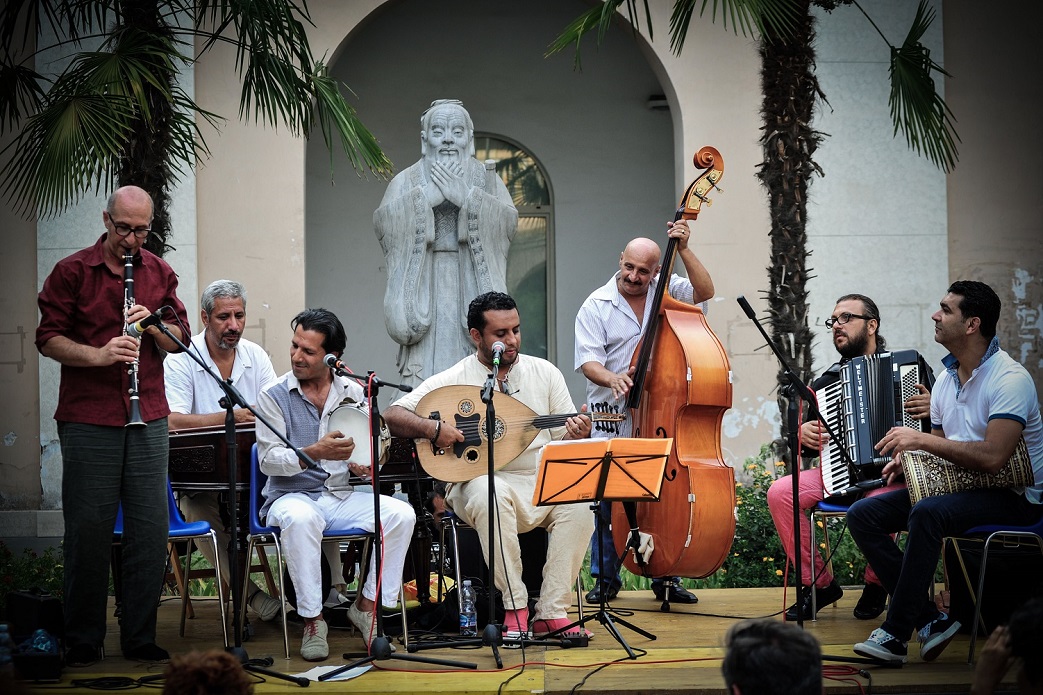 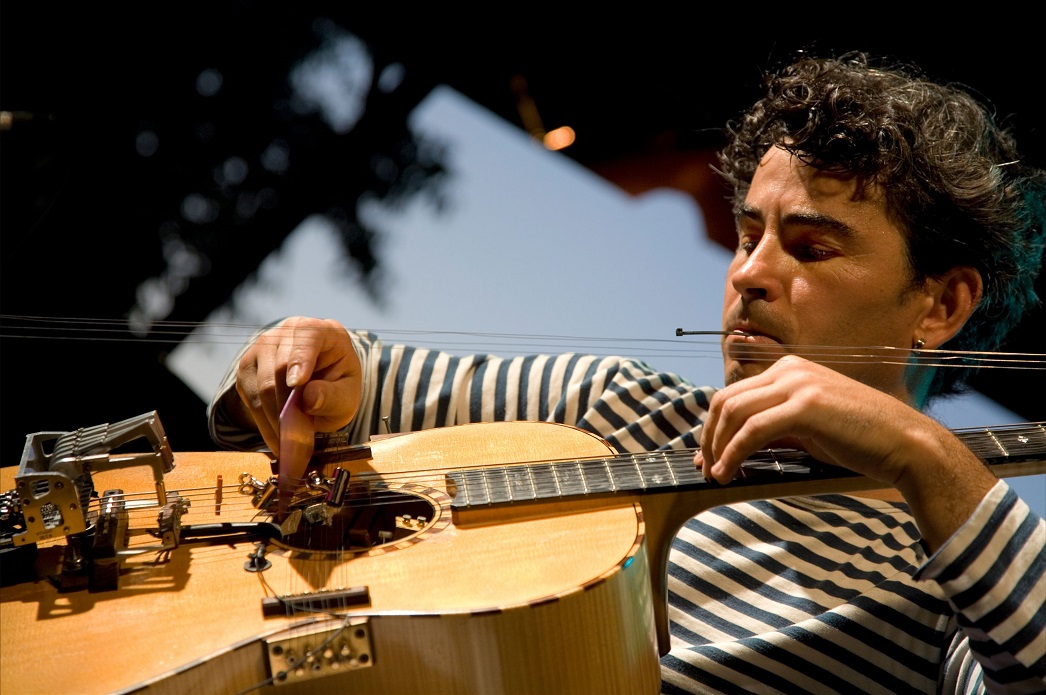 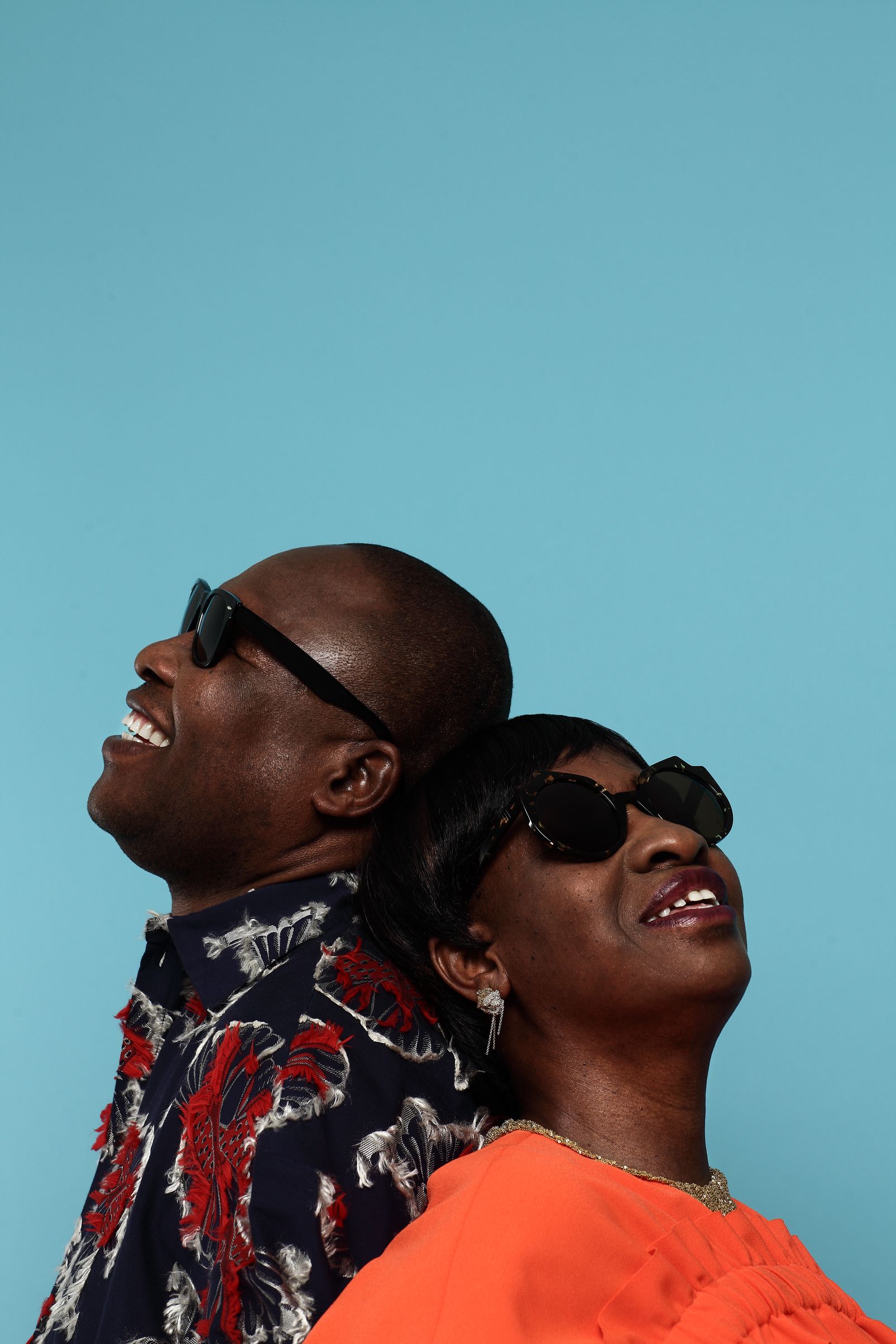