With in gaps & patches, Heine Avdal & Yukiko Shinozaki / fieldworks bring together improvisation and abstraction in an investigation of the place of the body in public space. In an ongoing sculptural dialogue and search for interaction with the environment, they explore different types of outdoor locations.

Employing their own bodies, textiles, threads and other materials, they measure and produce frames that emphasize specific aspects and scales in a larger landscape, as part of an urban image or in a natural area. By integrating such frameworks or emphases, they highlight alternative readings of the (human) body’s connection to time, space and the environment.
How does the body connect with – or differ from – its surroundings, other bodies, other entities or elements? What does this mean in our present time, which is strongly disorienting and forces us to constantly question our position in and in relation to the world.
How do we think-with, live-with, and be-with our environment?

In Florence, from November 7 to 15, Avdal and Shinozaki explored the space of the Cascine Park together with five performers – Carolina Amoretti, Luisa Cortesi, Valerio Palladino, Stefano Questorio, Oleg Soulimenko – the writer Jesse Poe and the artist Olga Pavlenko. The group was also followed by the videomaker Rebecca Lena and the photographer Giampaolo Becherini who documented the work.

The creative materials and the performances resulting from this workshop phase are presented to the public in the park and at PARC Performing Arts Research Centre, with aim to stimulate potential and alternative readings of the different spaces.

Photogallery of the performances in the Cascine Park 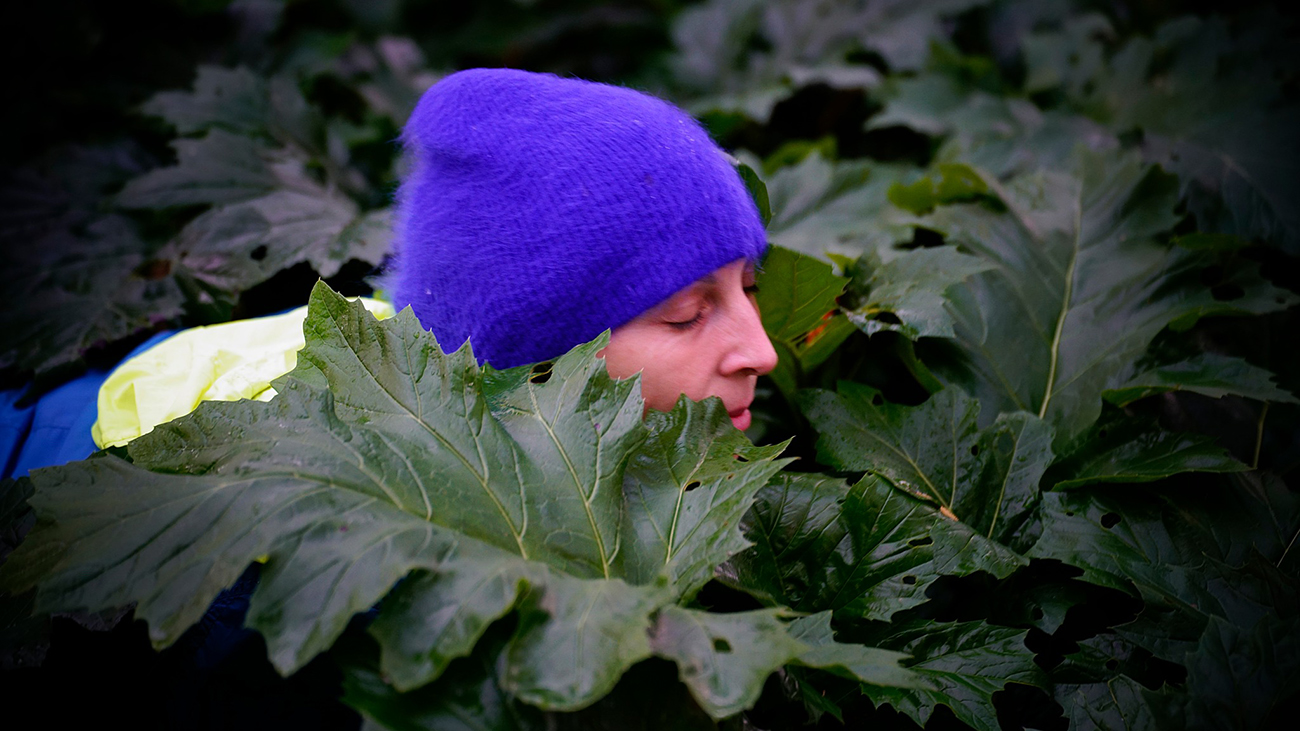 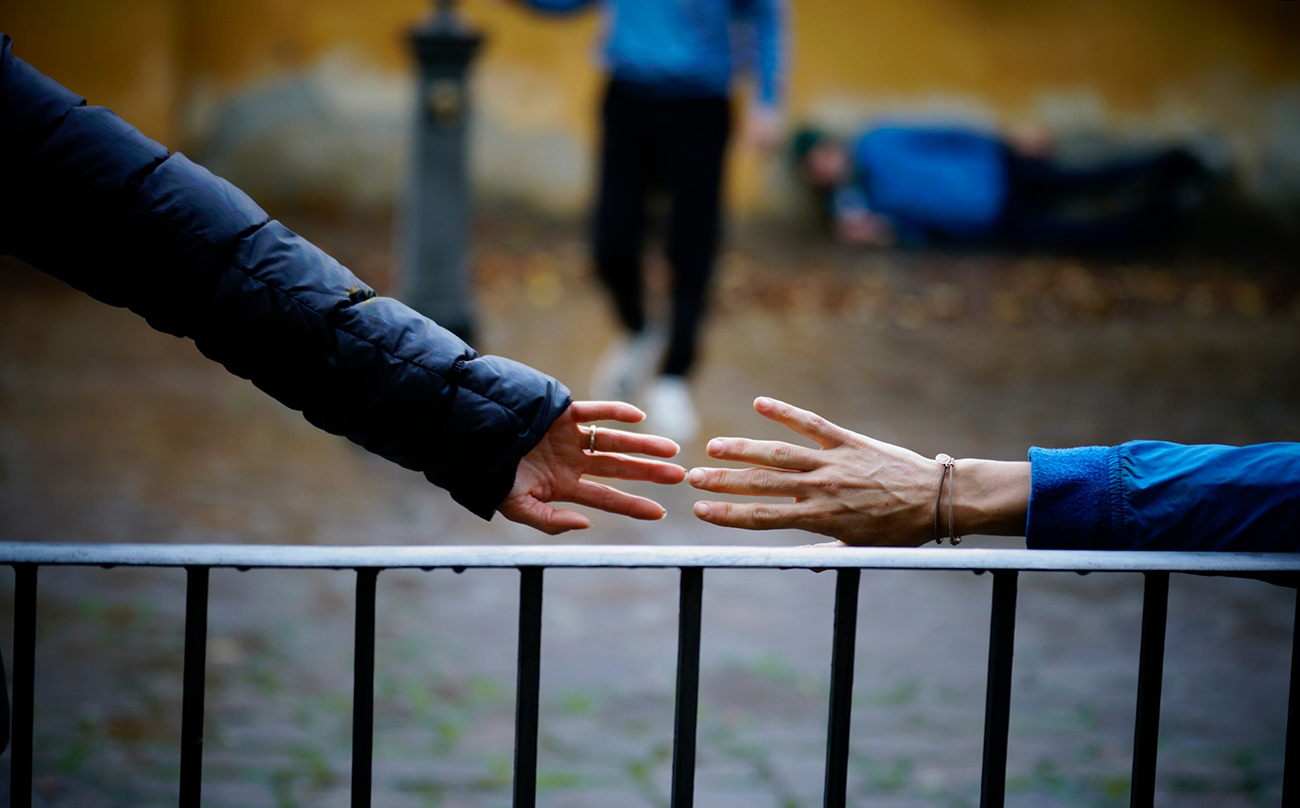 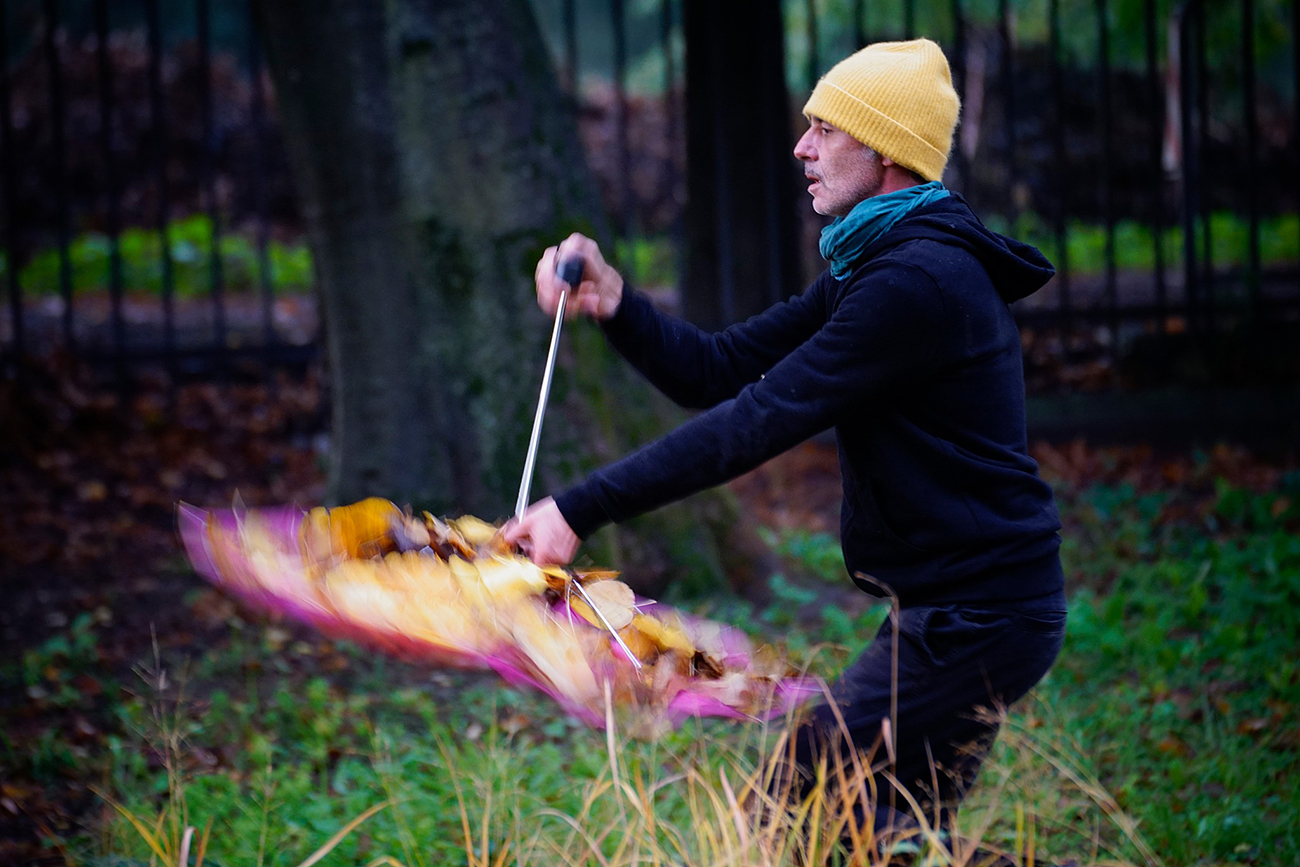 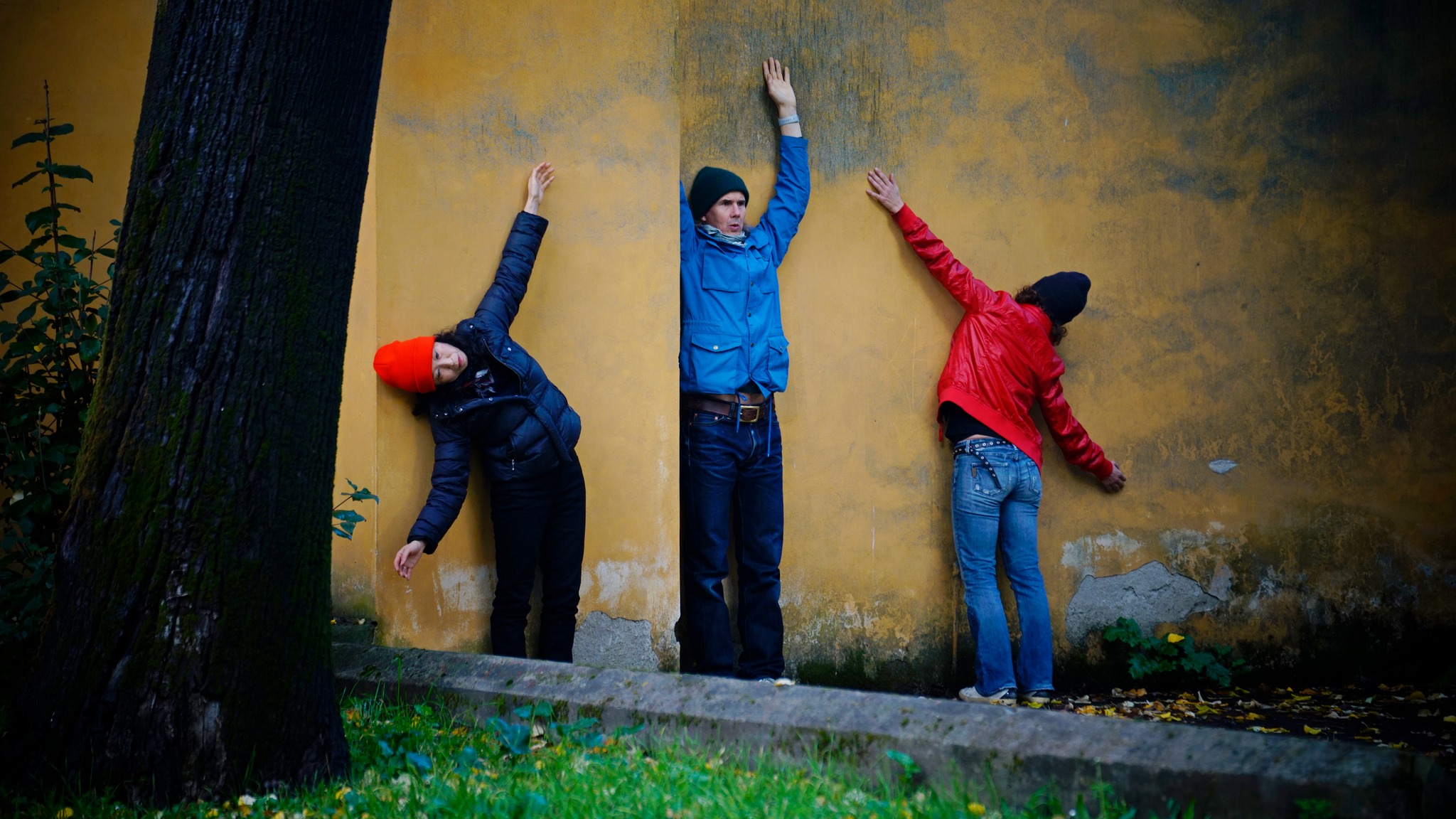 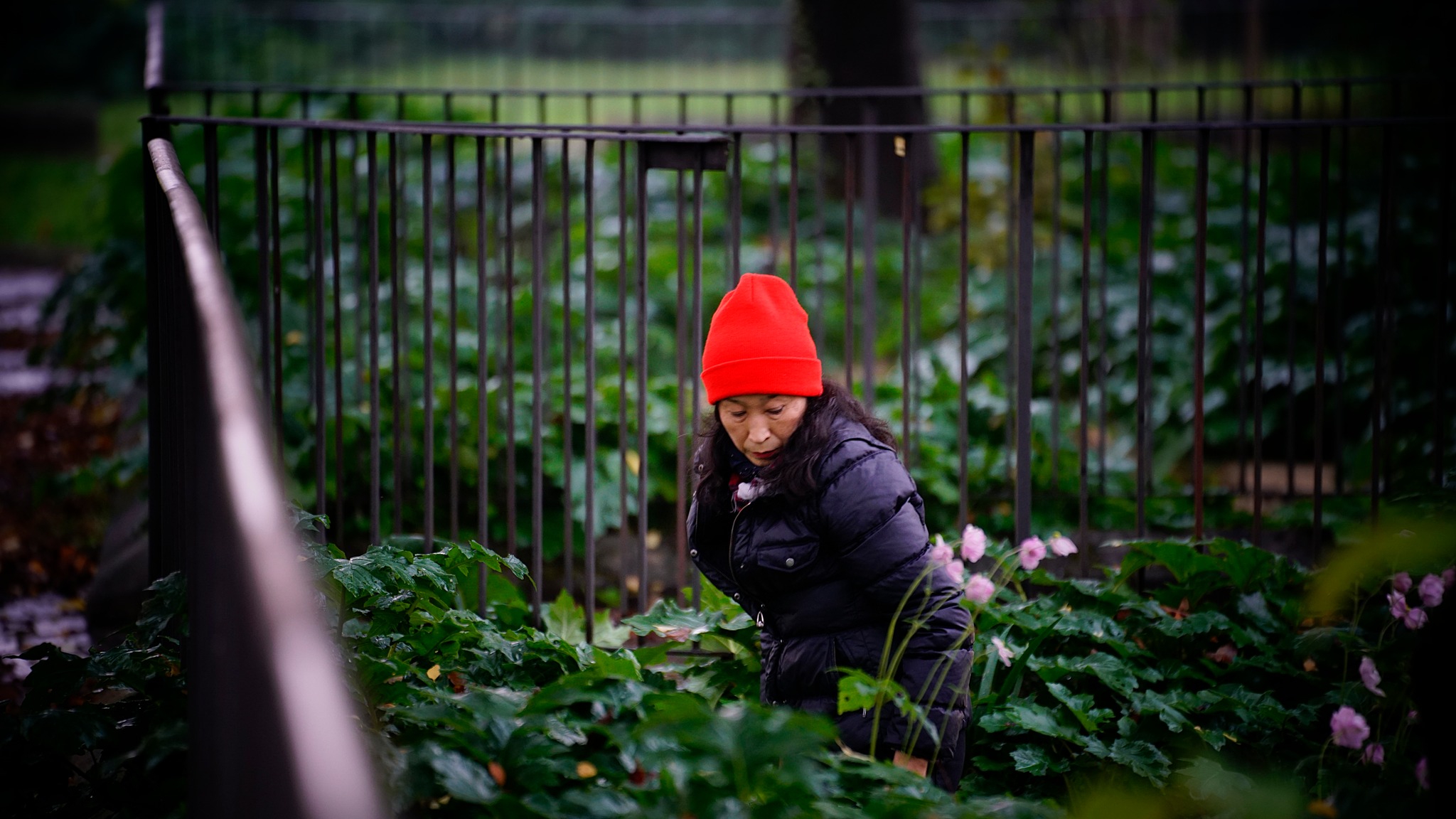 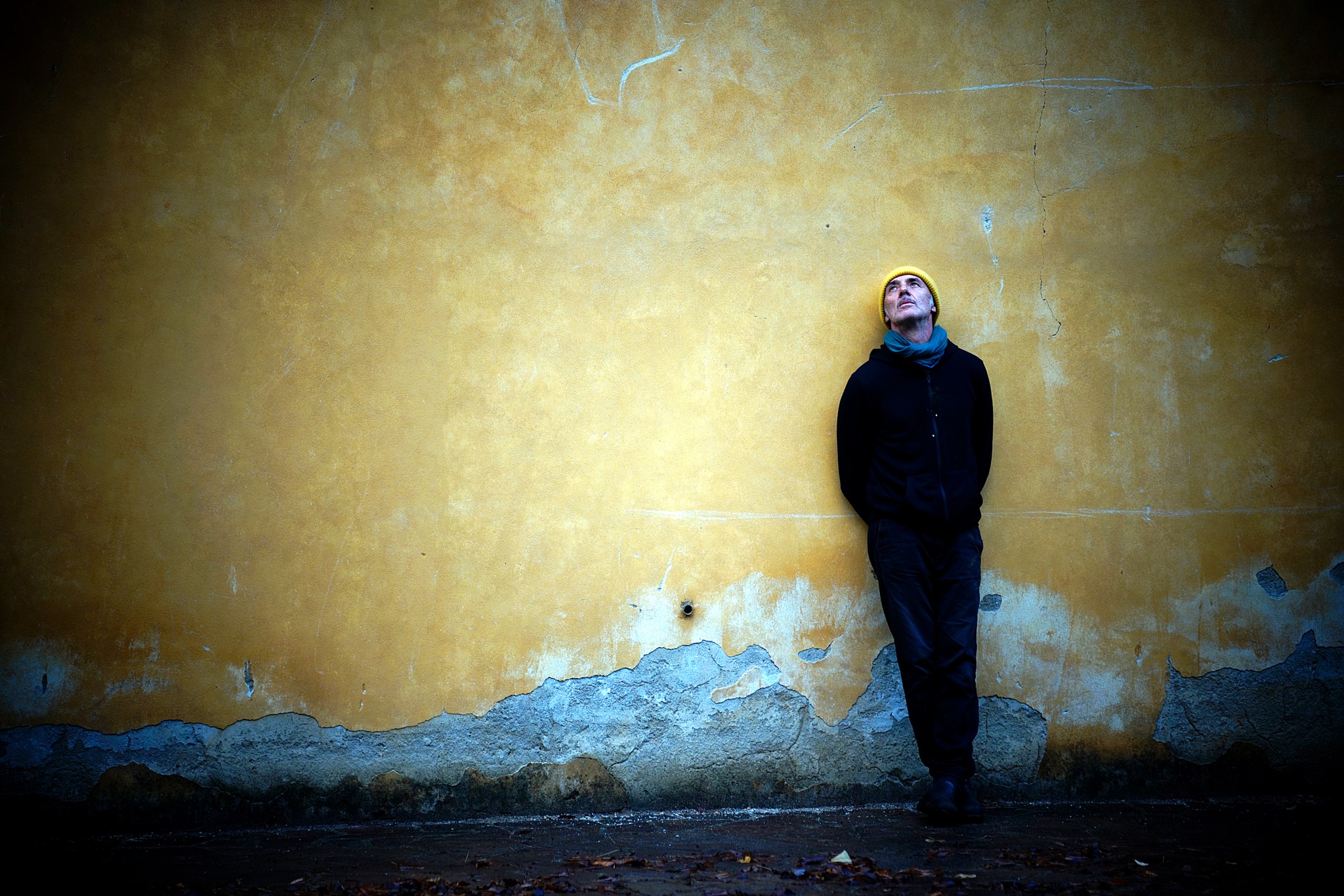 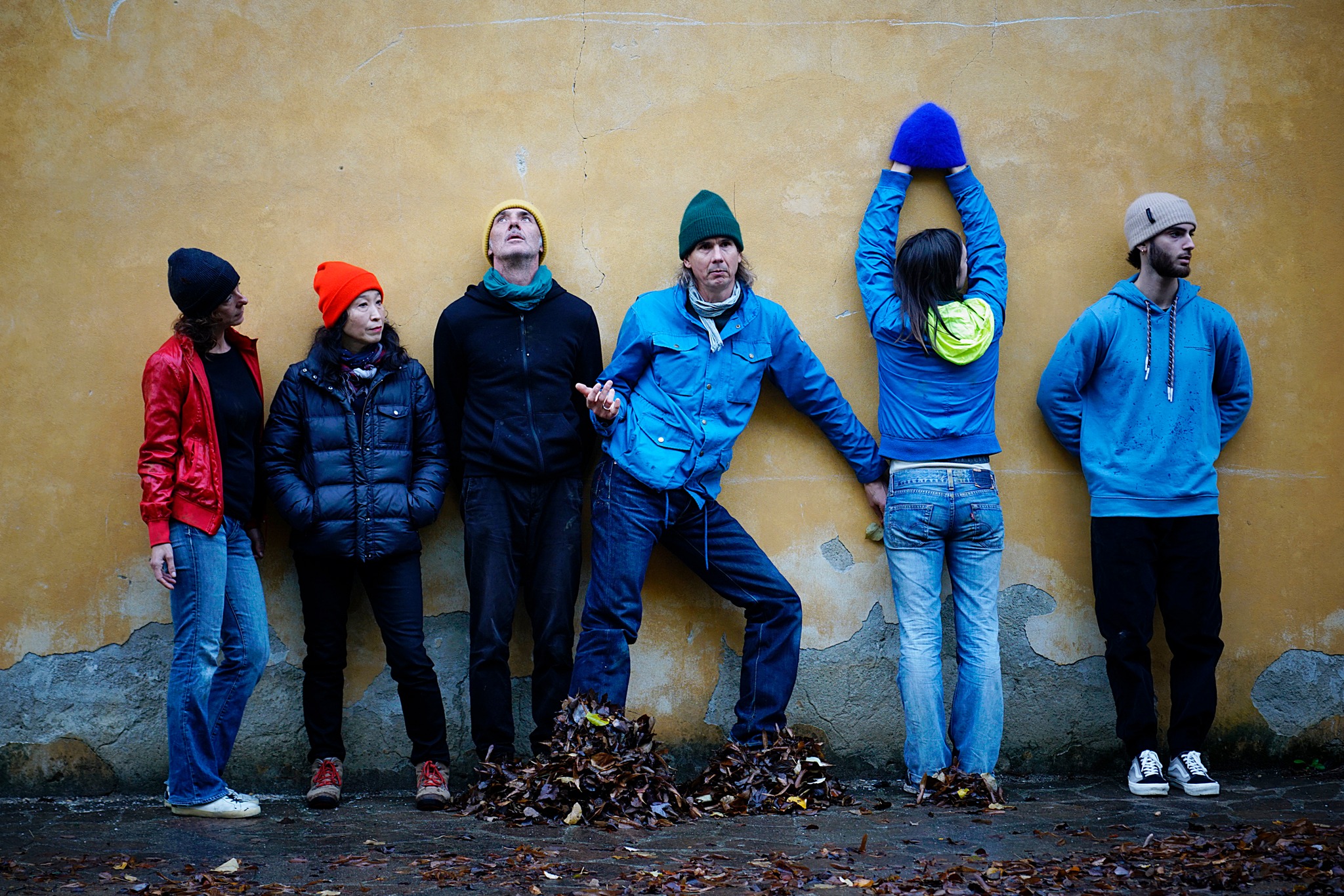 Photogallery of the performances at PARC 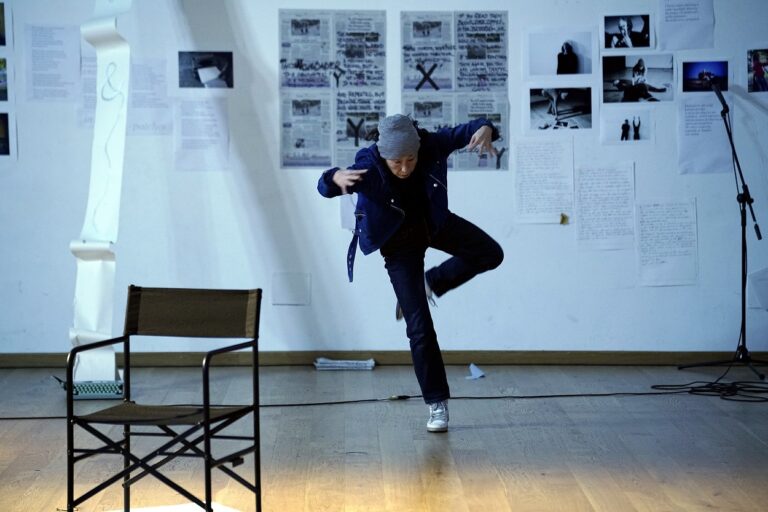 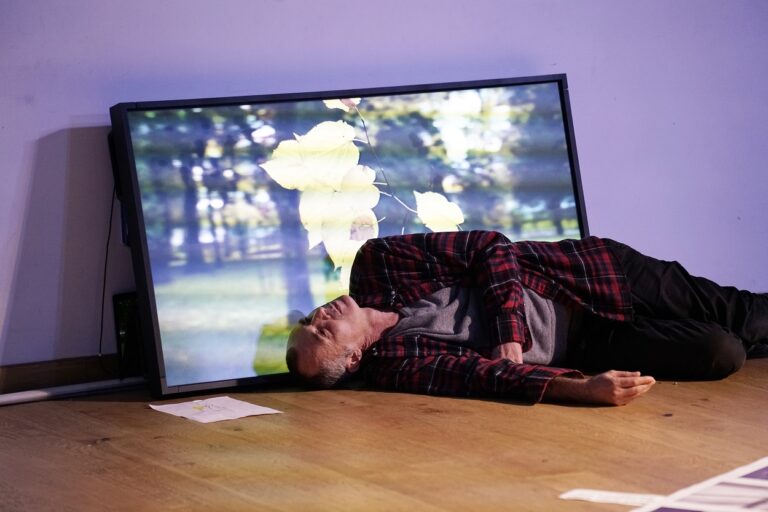 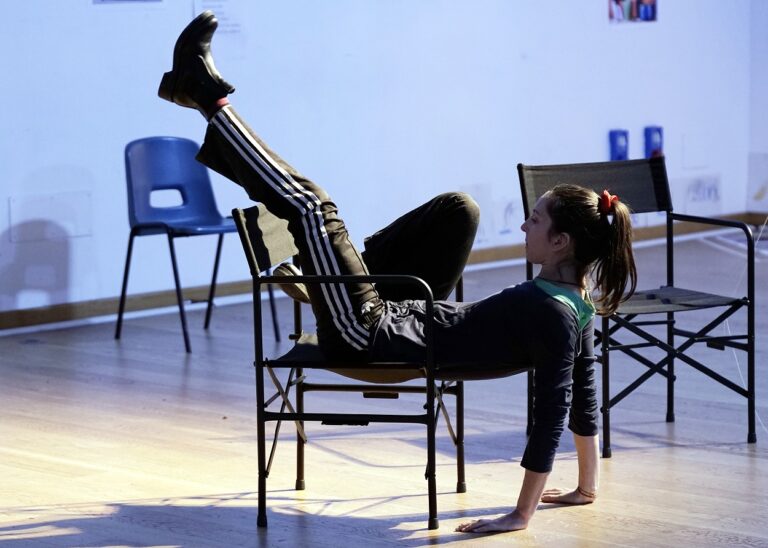 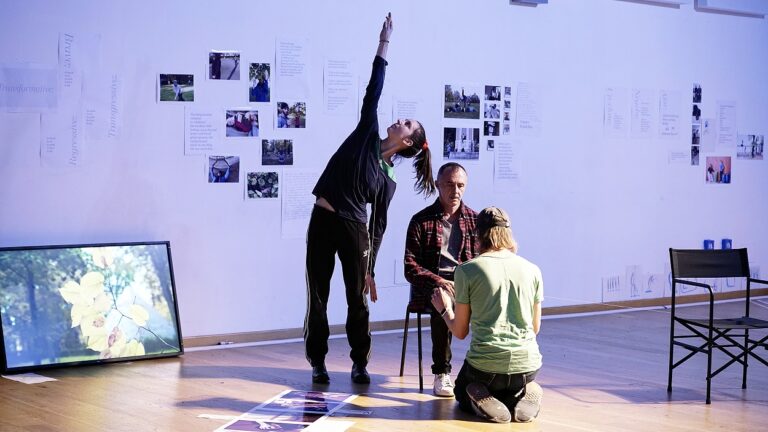 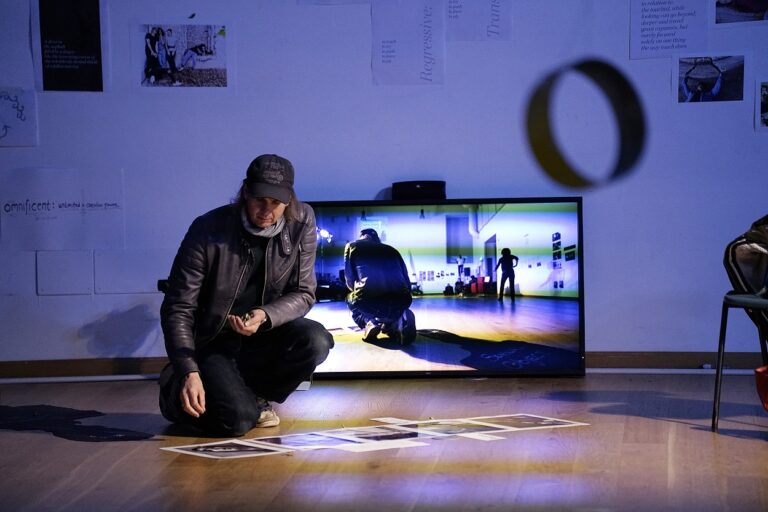 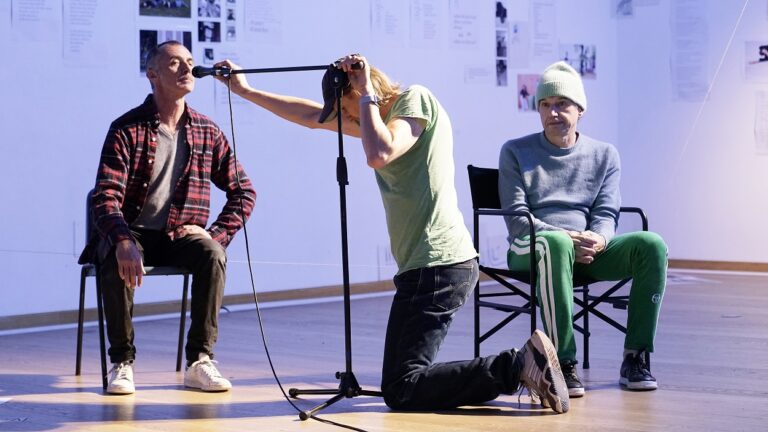 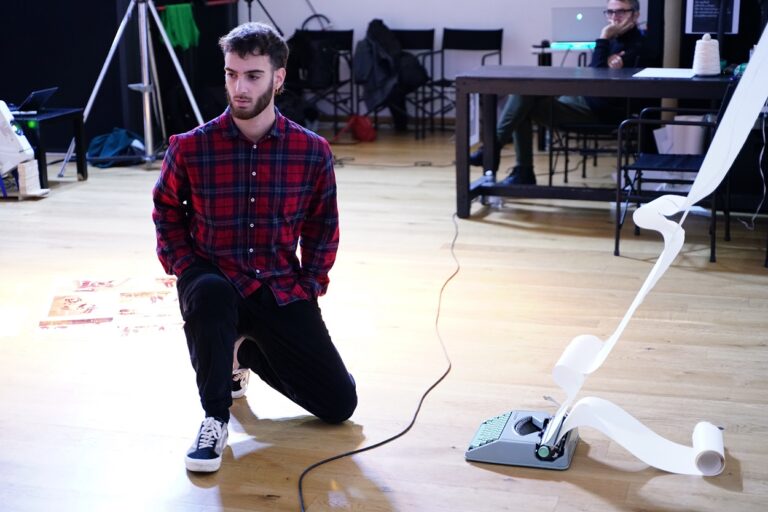 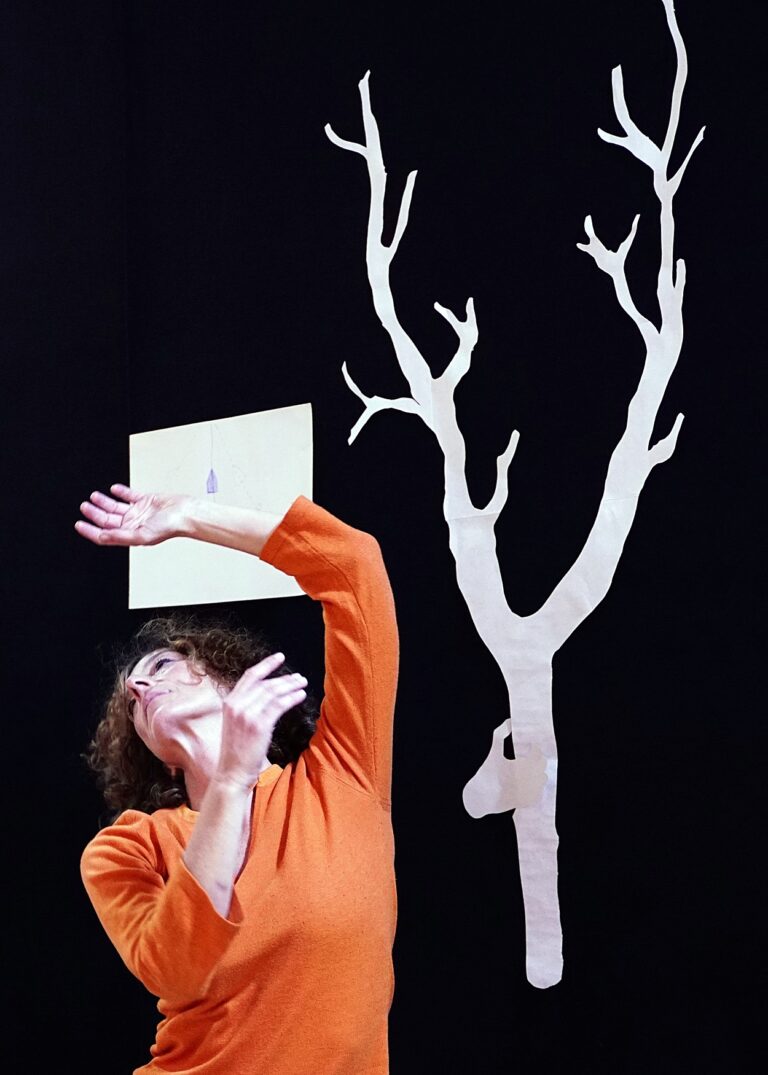 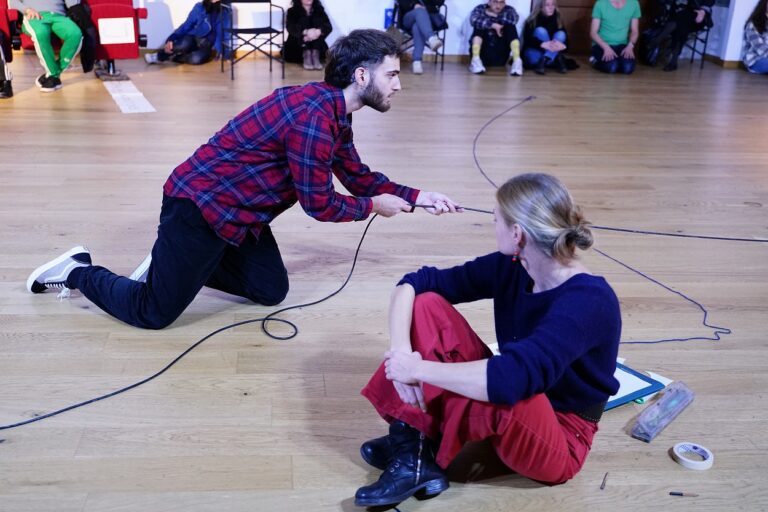 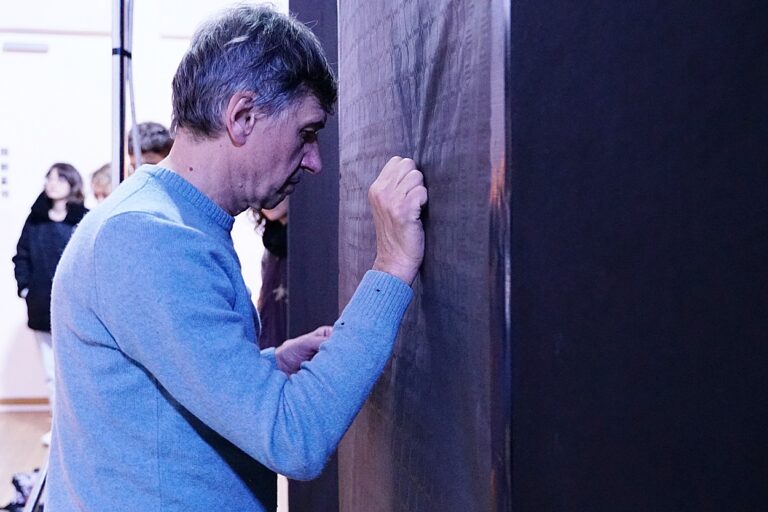 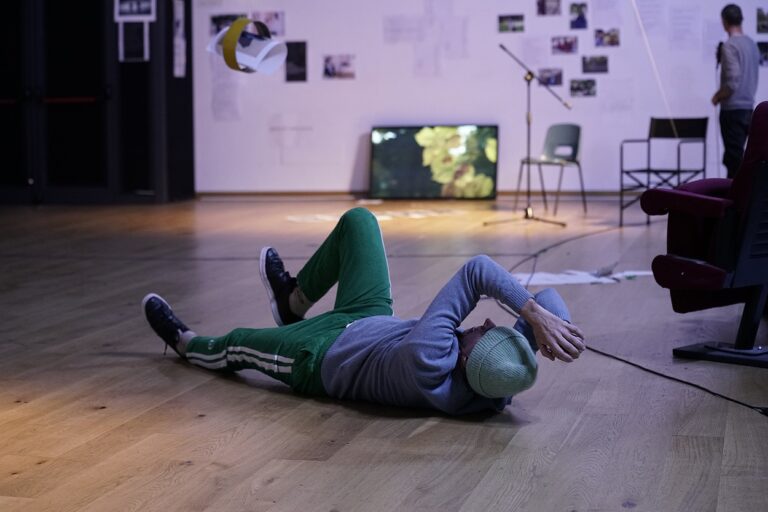 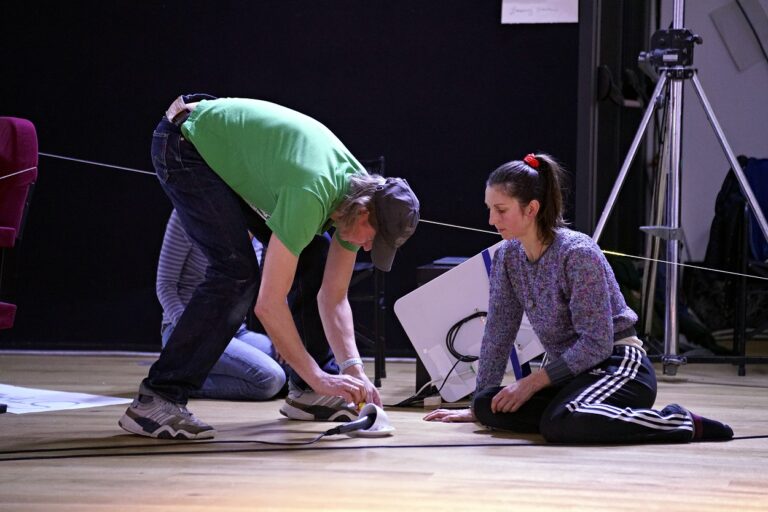 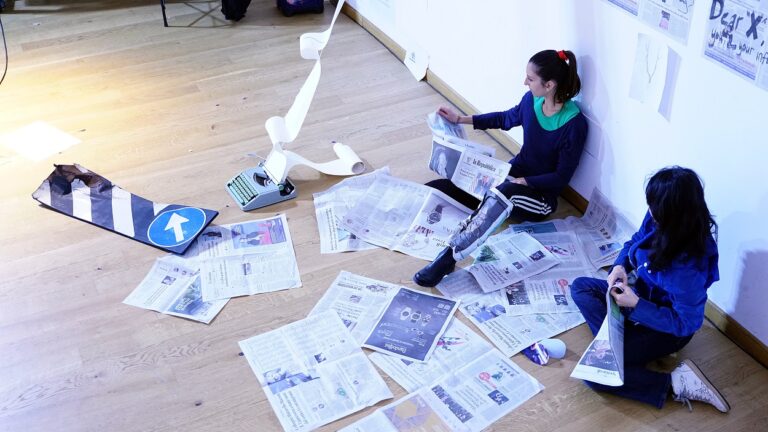 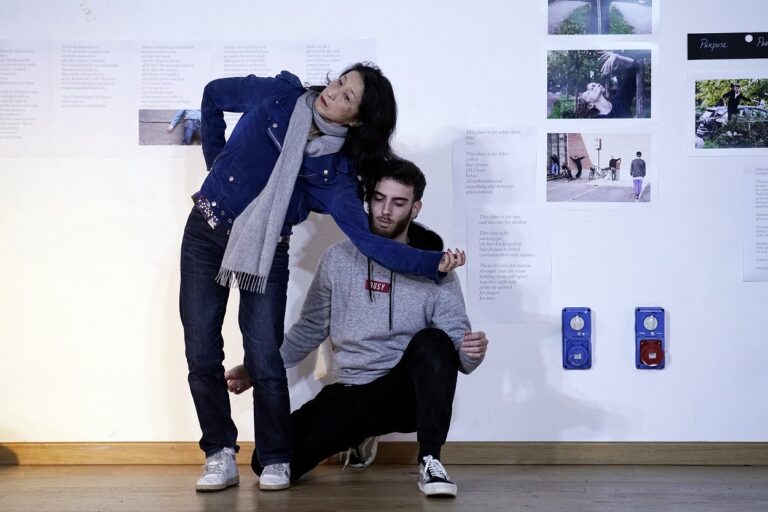 Heine Avdal
Heine Avdal (Norway) has been active in the fields of contemporary dance, performance, video and visual arts. After studying at the Oslo National College of the Arts and PARTS, he worked as a performer for various companies. He also collaborated with Mette Edvardsen, Liv Hanne Haugen, and Lawrence Malstaf on the performance installation Sauna in Exil and choreographed horizontal plane for the Norwegian National Contemporary Dance Company Carte Blanche. Since 2000, he created and produced more than 20 different performing arts projects, most often in collaboration with Yukiko Shinozaki. In recent projects, Heine Avdal’s focus has been on the distribution of space. He questions how spatial conventions affect the way we experience and move through private/public spaces. Considering people’s preconceptions of spatial conventions and through slight shifts, or manipulations he searches for unexpected intersections between different components of a space.

Yukiko Shinozaki
Yukiko Shinozaki (Japan) studied classical ballet in Tokyo. After high school, she moved to the US to study contemporary dance and psychology. From 1993 to 1997 she lived in NYC, where she presented her own work at different. She also danced in productions by Yasemeen Godder, Raimund Hoghe, Meg stuart and many others. Since moving to Brussels in 1997, she created Breaking through the roof of its house and Inner Horizon together with French visual artist Christelle Fillod, and hibi with Japanese choreographer Un Yamada. For over 20 years Shinozaki has been collaborating with Heine Avdal on several productions. Shinozaki’s work focuses on internal complexities and contradictions of the body. The process of transformation takes an important role in her movement vocabulary: through subtle shifts and manipulations, familiar actions slowly transform into an unfamiliar realm/landscape.

Oleg Soulimenko
Oleg Soulimenko is a Russian performer and choreographer living and working in Vienna and Moscow. In 1985 he finished his studies and graduated in construction engineering. From 1985 until 1990 he studied dance, acting and improvisation in various theatres in Moscow. He also attended a course in Butoh in Japan as well as in Release Technique, Contact Improvisation and Body Mind Centering. In 1991, he founded the Saira Blanche Theatre, developing a sophisticated and provocative form of dance improvisation. His most performances were presented in Eastern and Western Europe, the U.S.A., Canada and Israel at Tanzquartier Wien and brut Theater in Vienna, Performa 07 in New York, Steirischer Herbst in Graz, Tangente in Montreal, Cankarev Dom in Ljubljana, Dostoyevsky Theatre in St. Petersburg, Jerusalem Gerard Bercher Center in Jerusalem, Kunstverein Hannover, MAK – Museum for Applied Arts Vienna, Lentos Kunstmuseum Linz and Kunsthalle Wien.

Carolina Amoretti
She began her studies of contemporary and ballet dance at École Supérieure de Dance de Cannes and continued at Rudra Béjart Lausanne. Since 2007 danced for TPO Company touring in international festival and theatres. She worked in productions by La Fura dels Baus, Effetto Parallelo company, Krypton. She also collaborated with Cantiere Ikrea and Company. She took part in I.P.L. International Performes Lab. with Khosro Adibi, and at Biennale College of Virgilio Sieni (Venice) she worked with Emanuel Gat. In 2014 created Spettacolo di Danza e Suono in collaboration with Umberto Foddis. Since 2012 she has been part of the performers group Attivisti della Danza. Since 2013 worked with BARRAGE@entertainment project, and in 2015 she founded the collective Fika contemporanea danza. From 2016 she worked with the company Gruppo Nanou until the last production Paradiso created in 2021. She also worked with the choreographer Sang Jijia in the show Re-Mark and in this last year with Pietro Pireddu in Panimundu.

Luisa Cortesi
After studying contemporary dance in Europe and the US, in 1999 she inaugurated an experimentation approach in the performative ambit working with the visual artist Massimo Barzagli and collaborating with artists from different disciplines. From 2000 to 2003 she took part in a number of the italian Virgilio Sieni Dance Company’s productions. In the same period her collaboration with Massimo Barzagli continued with performances and video works presented in Italian and international contemporary arts centres, theatres and festivals. In 2014 she created Mousing for the Seoul KNCDC with Korean dancer Cha Jin-Yeob. With the musician and composer Gianluca Petrella she created in 2016 LIQUIDO. From 2015 to 2021 she worked with the association Culter in the creation of site specific performances in historical Florentine places. Her creations include Natura morta con Figura (2005), Soliloquio (2006), Rigido (2006), Il braccio nella manica (2007), Vivido, Trillo, Brillo (2008/2009), Animato (2010), La Trappola, L’appuntamento (2014), On the other hand (2015), Studio sul Tempo (2017).

Valerio Palladino
Valerio Palladino, dancer, studied at the Scuola del Balletto di Toscana in Florence. He danced in Pulcinella and Antitesi by Arianna Benedetti, in Olimpia 582 by Davide Valrosso and in Manufactum by Roberto Doveri. With the Nuovo Balletto di Toscana he took part in Die Fledermaus, directed by Karl Alfred Schreiner and presented at the Teatro del Maggio Musicale Fiorentino, Cinderella, choreography by Jiri Bubeniceck, and Bayadère – Il Regno delle Ombre, choreography by Michele Di Stefano. He was among the interpreters of the Caruso – Museo dell’Altrove project, a project by Francesca Foscarini and Cosimo Lopalco presented in the context of Fabbrica Europa 2021 at Villa Caruso in Lastra a Signa. He also participated in the new creation by Foscarini and Lopalco, Greta on the beach.

Stefano Questorio
Graduated in Disciplines of Performing Arts from the University of Bologna, in 1999 he attended the Dance College at the Venice Biennale. Later he worked as a performer and dance and theatre author with Italian and international companies and artists including Wim Vandekeybus, Studio Azzurro, Societas Raffaello Sanzio/Romeo Castellucci, Company Blu, ALDES and others. As an author he has created some works including Specie di Spazi with Valentina Buldrini (2006), Le Cose (2008) and Album (2016). With Spartaco Cortesi he started in 2013 the project on D. Jarman The Angelic Conversation and the musical project Play it again S. In 2010 he collaborated on the choreographies for the Rai program Vieni Via con Me and in 2013 he took part in The Towers and Dance of Death, video installations by Peter Greenaway. Between 2014 and 2017 he toured with Romeo Castellucci’s Go Down Moses and TPO’s Pop Up Garden. In 2019 he created LILA, A symphomy about life and death, winner of the “Della morte e del morire” call launched by the Lo Scompiglio association.